A Georgian gem - and a veritable Tardis! 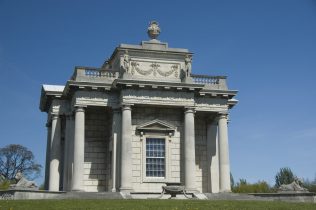 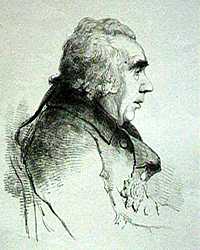 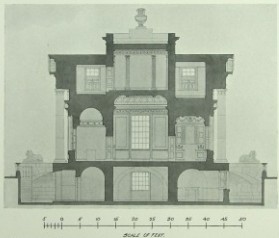 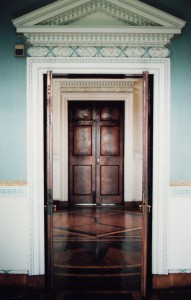 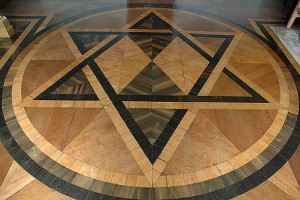 One of the highlights of my recent visit to Dublin was the chance to go round Casino Marino on the outskirts of that beautiful city. It may be called a “casino” but it has nothing to do with gambling – it is simply a building in the Marino area of the city and the name translates roughly as ‘The small house by the little sea’. Small maybe, but beautifully formed, and if ever a building is like a Tardis it is this one.

Construction work started in the 1750’s on the direction of James Caulfeild, the First Earl of Charlemont, following the design of his friend Sir William Chambers. Sir William is better known for designing Somerset House and the irony is that because of his other work commitments Sir William never got to Ireland to see his masterpiece.

Sir William later wrote in his book The Treatise on Civil Architecture (1791) that the ideas for the Casino were derived from an un-executed design for ‘one of the end pavilions of a considerable disposition made soon after my return from Italy….for Harewood House.’

The Earl wanted an Italianate temple, in the neo-classical style, but he also wanted one with 16 rooms. It is fifty foot square, a masterpiece of elegance, balance and attention to detail. Work continued on the house until the 1770’s but within a hundred years the building had fallen into neglect. In 1876 the Charlemont Estate was sold, and the Earl’s nearby home was demolished in the 1920’s. Meanwhile the Casino remained in a state of disrepair until 1930 when an Act of Parliament was enacted to allow it to be taken into state ownership. Recently restored by the Office of Public Works, the building now stands as a perfect example of Chambers’ work and the cultural aspirations of the Irish ruling classes.

From the outside all is symmetry. Clever positioning of stone balustrades disguise the fact that it is on three floors – you only see one floor from outside. It is designed on the plan of a Greek Cross, with a column on the end of each arm of the cross. But while these columns mark the symmetry, some are hollow and bring rainwater down off the roof. Chimneys are disguised by giant urns along the roof. Clever concave glass in the windows mean that from the outside you cannot see in, hiding the fact that one large window frequently serves two, and sometimes three, rooms on the inside.

The interior is beautifully decorated with ornate ceilings and plasterwork.

There is an elaborate, if tiny, entrance area with beautifully ornate parquet floors. These exquisite floors, using rare woods, continue throughout the house.

The casino was not really designed as a home – that was a few hundred yards away, but it was linked to the Earl’s house by an underground tunnel so that he could escort his friends to the building in secrecy, and so that servants could come and go unnoticed. There is a library, rooms to display objets d’art, niches for Roman statuary, a kitchen and, upstairs, a State Bedroom.

The Casino remains as one man’s determination to encapsulate in a single building all that he found perfect on his Grand Tour. It was a tour which had taken the Earl nine years, travelling through Italy, Greece, Turkey and Egypt. Of course it is a shame that it is no longer linked to Marino House. Of course it is a pity that it is not still furnished with original pieces, or adorned with original paintings. And yes, it is a shame that constant wear and tear on the ornate floors by the public mean that carpet runners have had to be laid down as protection. But that is nit-picking: the place is a beautiful gem, well worth a visit! A more friendly, knowledgeable set of guides would be impossible to find. They are charming, like the building they so lovingly promote and look after.