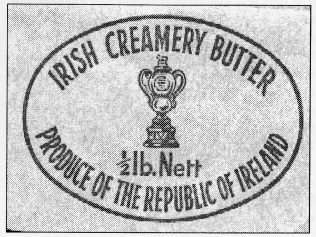 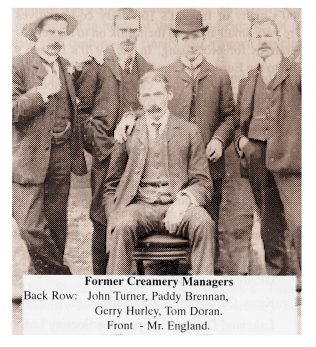 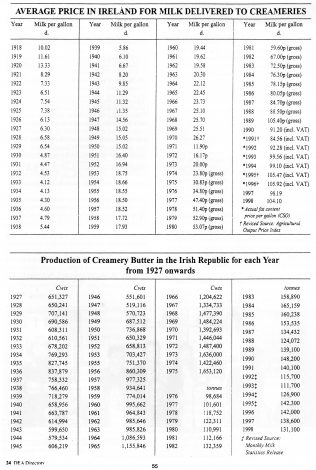 The Coshlea area had a large number of local creameries —Kilfinane, Ardpatrick, Ballyorgan, Darragh, Ballinvreena, Ballinvana (Stookeens) The creamery at Low Bridge, Garryspillane, Galbally, Anglesboro, Kilbehenny, Knockadea, Knockarron and Dungrud. Many of these were amalgamated into the larger groups and it is difficult to trace his­torical details relating to them, however, the fol­lowing is a selection of local creamery chronolo­gies;

The creamery in Kilfinane was privately owned by John Cagney and was affiliated to the Golden Vein Dairy Co-op. It was taken over by Kilmallock Co­op in February 1928 for £4000 and all staff were retained. In 1930 they received the ‘Reed Challenge Cup’ for producing the best butter in the state. A new factory was built in 1958 by a local contractor, Joe Noonan, for the sum of £4288-00. The official opening of this new factory was on Dec.5th 1960.The creamery sadly closed its doors in the late 1970’s.

This was a creamery run by the local farmers and Kilmallock Co-op took it over in Dec. 1927. Cheese was produced in the early thirties and the creamery continued to process milk until September 1972

The creamery at Darragh was another Golden Vein Dairy Co-op that was built in the early 1900’s. Butter was produced in the 1920’s. In 1928 the creamery was taken over by Mitchelstown Co-op and butter making ceased on the premises. The Darragh branch was eventually closed in 1981.

The new factory at Lowbridge was built in 1894 and was trading in garden produce and butter mak­ing. Due to financial problems this creamery ceased trading in 1906. Kilmallock Co-op bought the premises in 1929 and it was converted to living accommodation.

The creameries were part of the culture of the local parish. In the peak milk season, the chat and banter that ensued as the farmers gradually approached the weighing area was integral to rural living. First hand accounts of local events such as weddings, deaths, births etc. could be heard in abundance. Local shopkeepers gained valuable business out of the daily deliveries to the creamery, spreading the economic benefits far further than to just the indi­vidual farmers involved in the industry.

Some of the changes which have taken place, including the change from the delivery of milk by the farmer himself to the creamery to the processes of bulk collection, have made the creamery obso­lete and therefore contributed to the fall of the co­operative movement within the last century.

These changes not only caused the closure of a lot of small creameries but also signified the end of the many beneficial, social and cultural impacts that the dairy industry had on the community during the 19th & 20th centuries.