The East Limerick Brigade was formally established at the end of May 1918, in succession to the Galtee Battalion which originated in mid-1915 as an amalgamation of local Irish Volunteer units, following the initiation of that movement in late 1913. Brigadier Sean Wall of Bruff was appointed to take command; the leadership of the preceding Galtee Battalion having been disputed among followers of Liam Manahan from Ballylanders and Anglesboro’s Donnachada O’Hannigan. The Brigade would ultimately comprise six battalions, numbered from north to south: Doon, Kilteely, Bruff, Kilmallock, Kilfinane, Galbally. 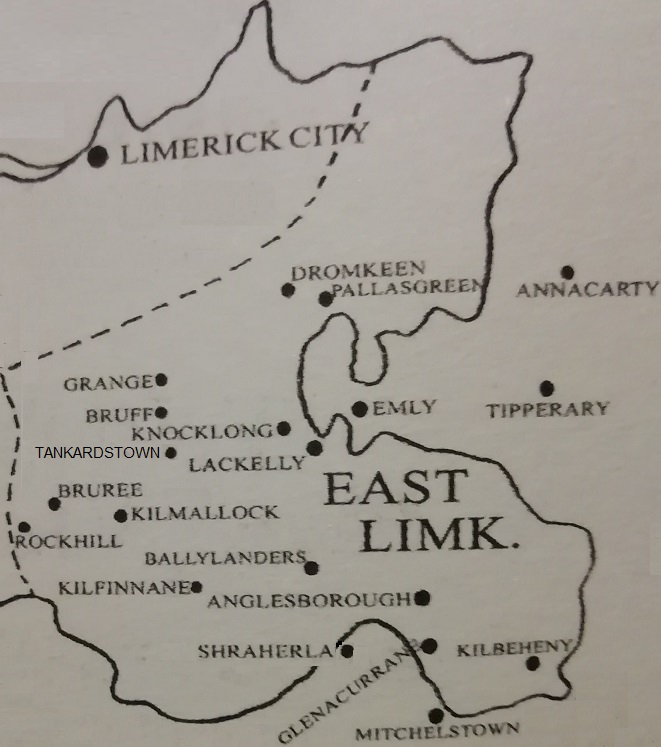 2020 marks the 100-year anniversary of the East Limerick Brigade’s participation in the War of Independence. In all there were 28 fatalities – among Brigade members, among members of other Brigades in the Brigade area, and among natives of the Brigade area in other locations. Five casualties of the subsequent Civil War are also included. The enumeration reads, chronologically, as follows: