Mr Joseph and Tim O’Brien were avid photographers and, although much of their work has been lost, one of the surviving images dated from 1965 is presented below. Further images are available here and here. Photo and text courtesy of Dave Meskill. 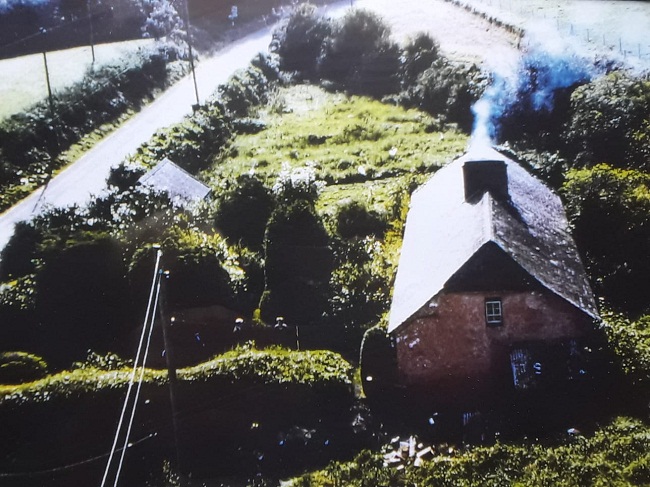 Aerial view of the old Post Office owned and run by the Cleary family for many decades until the retirement of Kathleen (Kit) Cleary as Post Mistress in the early 1970s. Succeeded by Mrs Maureen McGrath nee Casey who for some months operated from a small building adjacent to the old Post Office before she and husband David McGrath moved the business to a bungalow across the road. Kit Cleary’s brother Eddie was Sacristan/Parish Clerk in the nearby Church for many decades until retiring in the early 70s also – being replaced by John Dawson, former housekeeper to the late PP of Ardpatrick Fr Michael McCarthy who in 1964 had transferred to Kilfinane and died there in 1971. Click for full-size.