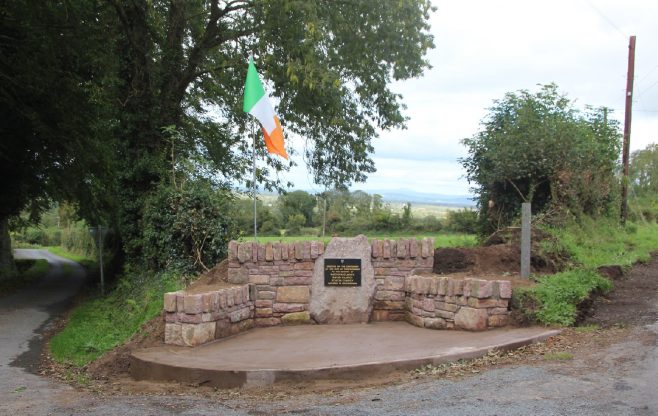 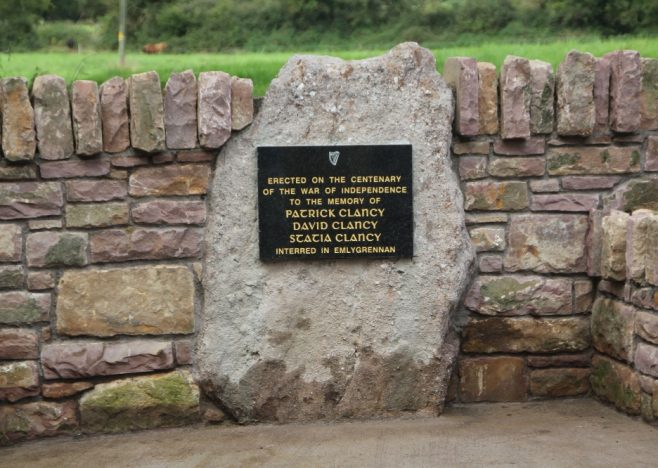 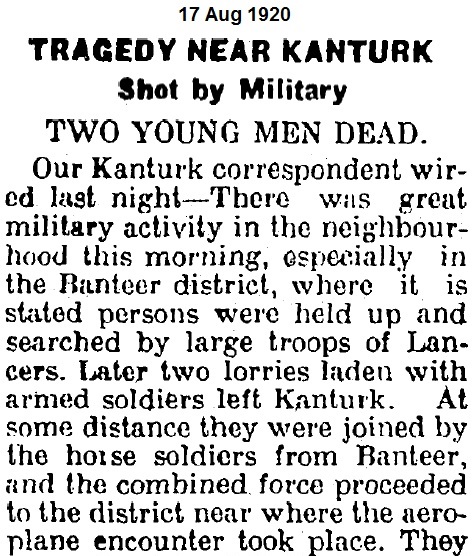 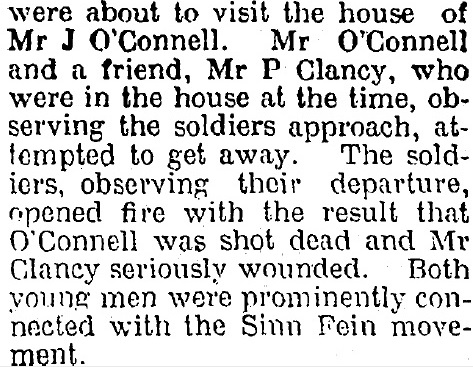 Patrick Clancy was killed in action at Derrygallon, Cork on Aug 16th 1920, during the War of Independence 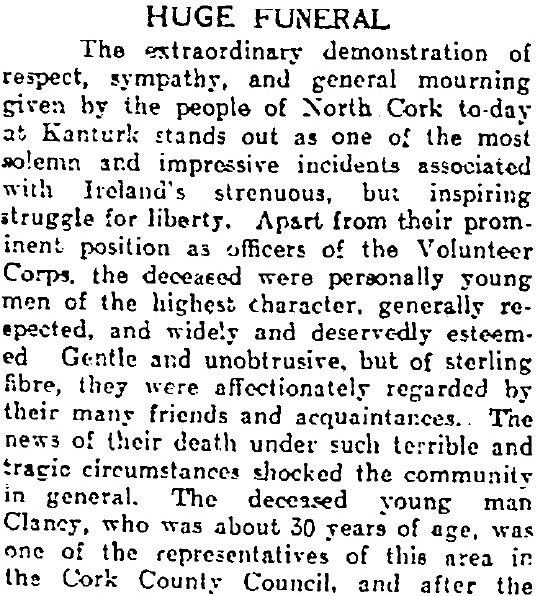 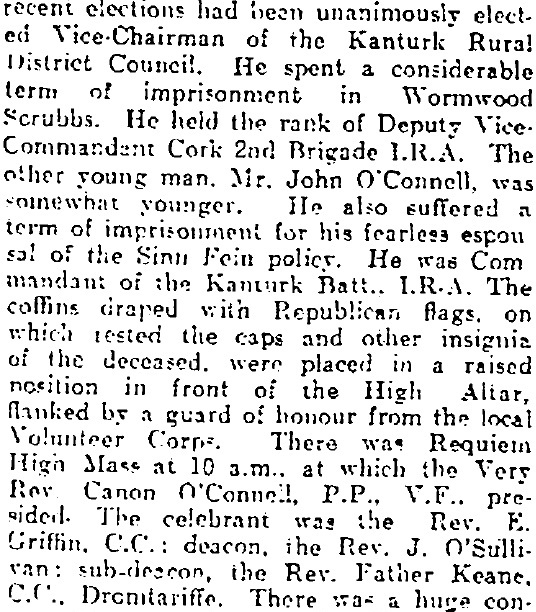 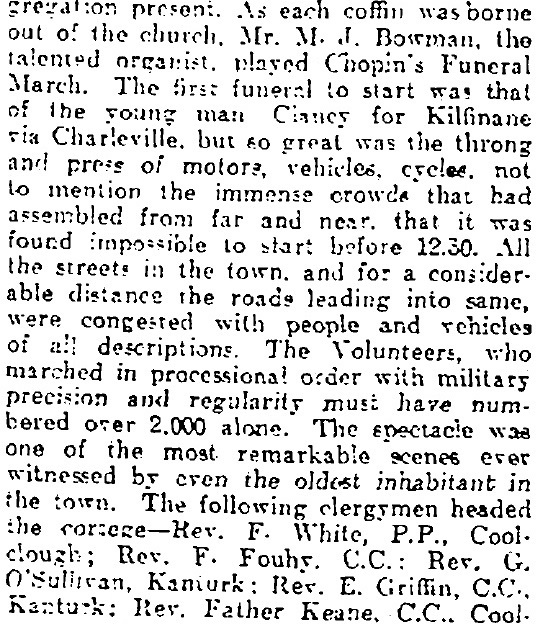 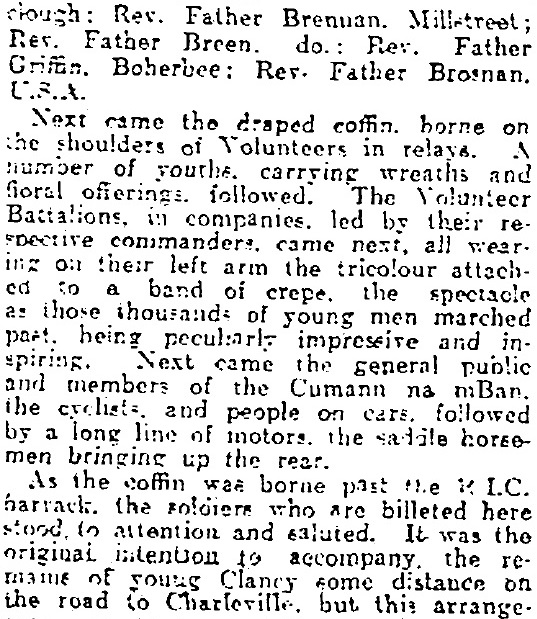 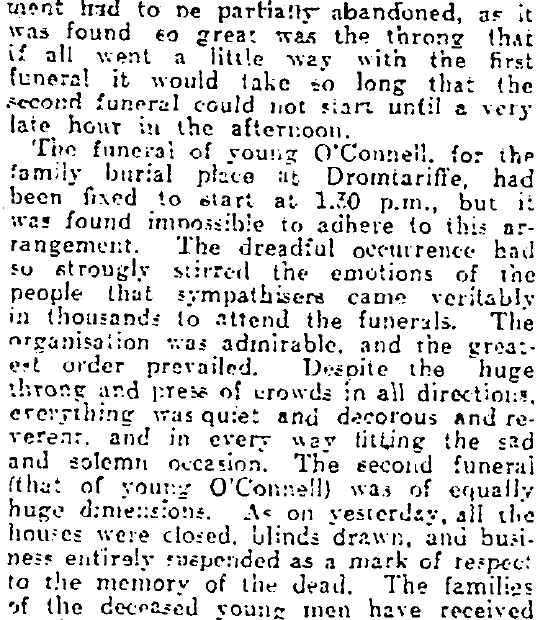 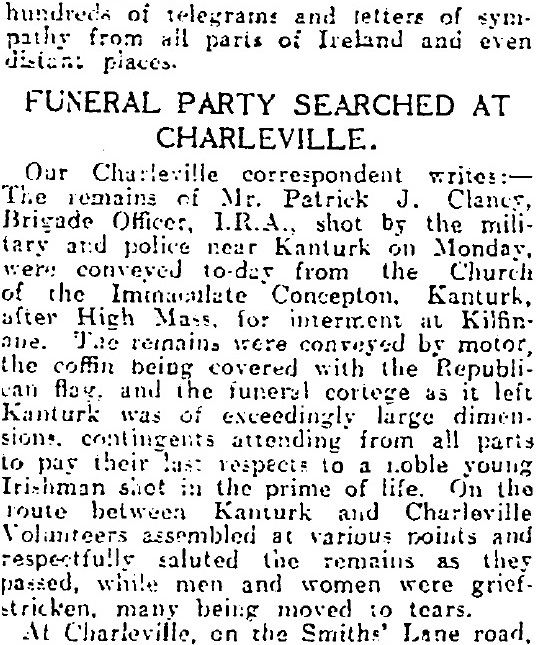 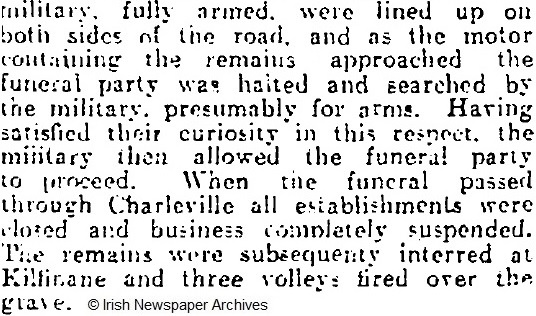 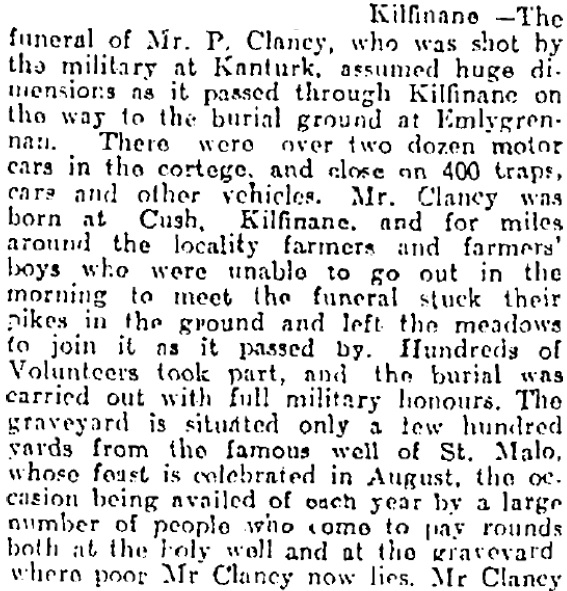 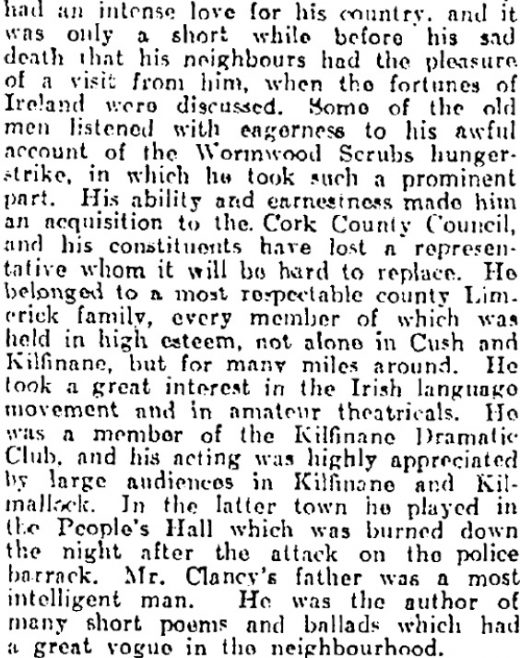 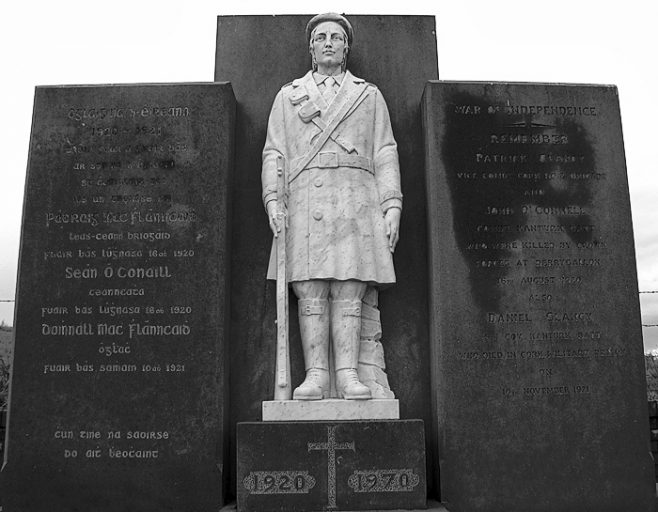 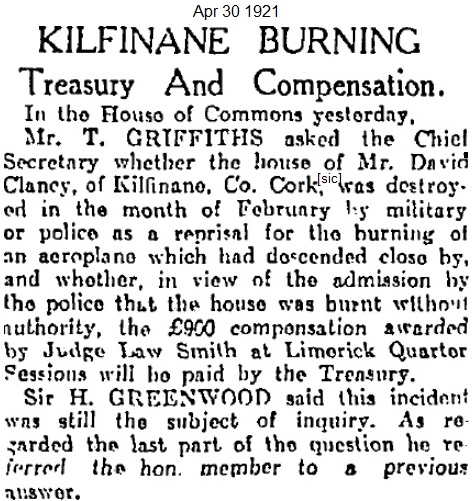 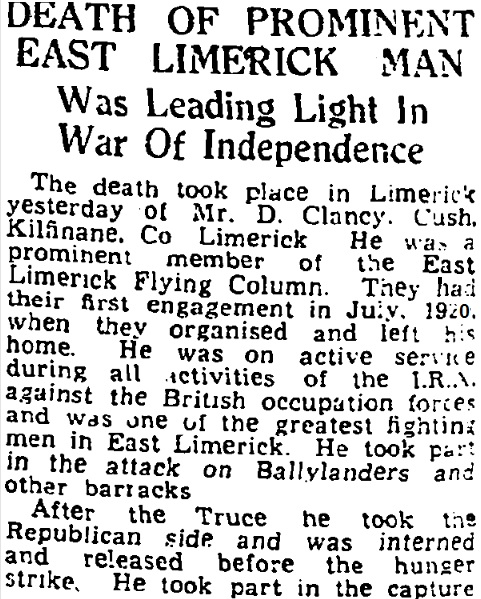 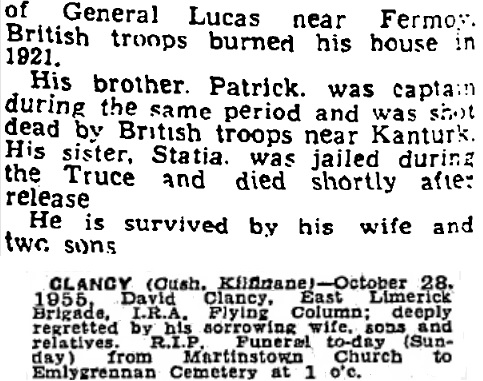 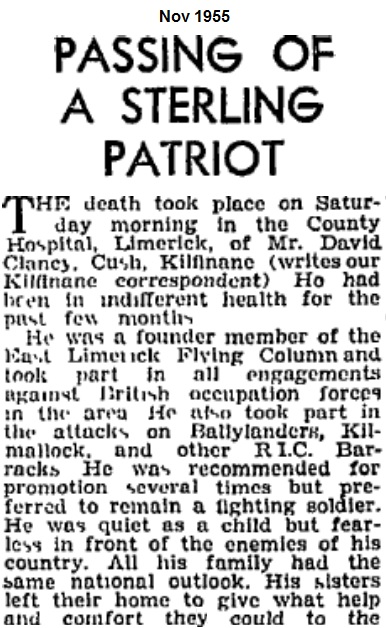 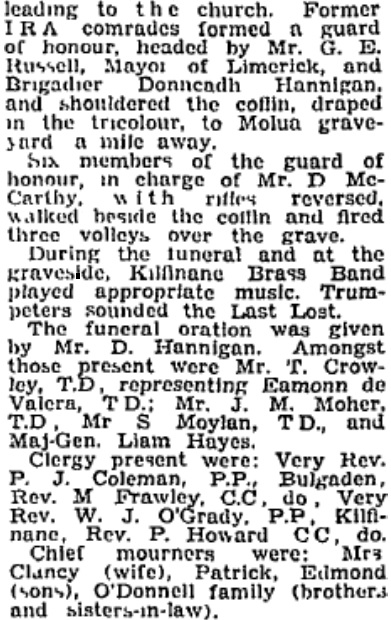 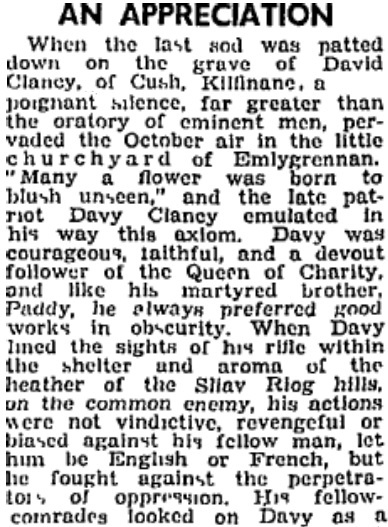 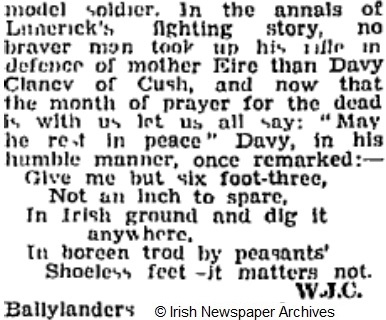 Statia Clancy [http://www.census.nationalarchives.ie/pages/1901/Limerick/Emlygrennan/Cush/1491677/] received a term of imprisonment during the Civil War, her health breaking down soon after release. 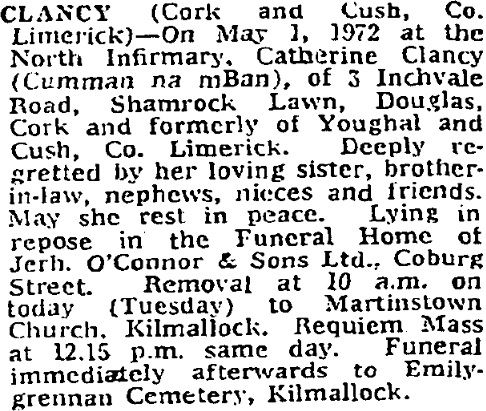 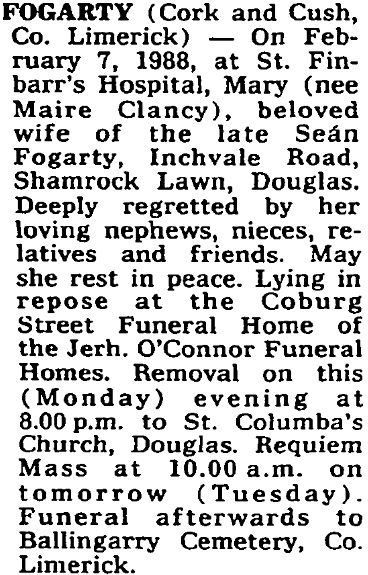 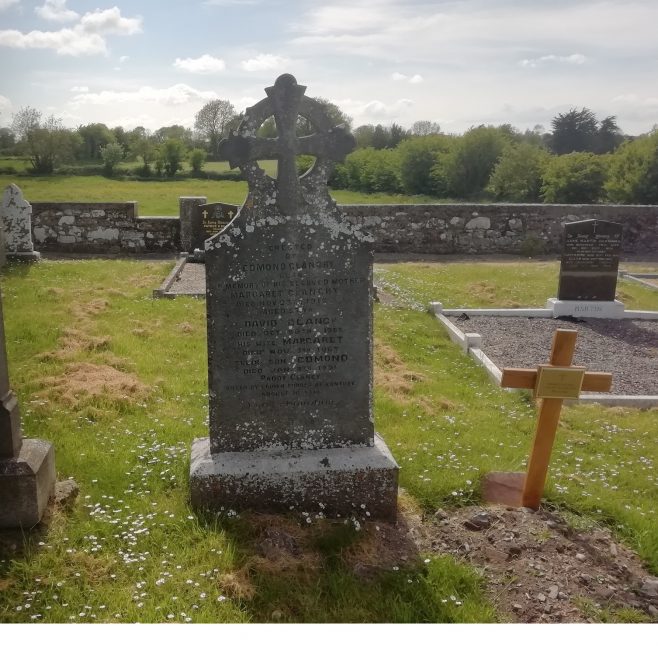 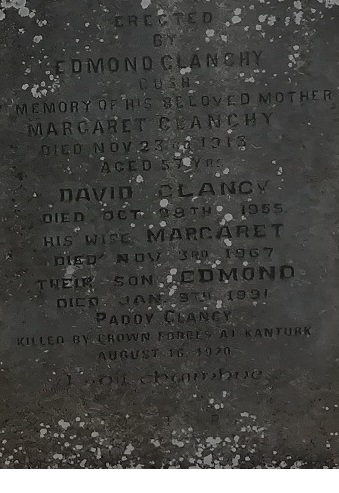