“The first post office in Ardpatrick was conducted by John Murphy, son of Mrs. Murphy, a widow, who owned a public house at Ardpatrick Cross. The Murphys had a new shop built a few yards from their pub with the object of getting the post office. It was by permission of the landlord, Coote of Mount Coote, that they did this. John Murphy was subpostmaster until 1894. On the death of his mother he had to choose between keeping the post office or the public house. In 1894 the post office was transferred to Edmond Cleary, a young married carpenter.

The public house at Ardpatrick Cross was built by the landlord Coote. The two-storey house was built of stone and had a thatched roof. The first tenant was a man called Woods. The Woods were tailors who lived in a cabin on the Old Road a short distance west of Ardpatrick Cross. Woods was succeeded in the pub by the Murphys who came from the Ballingaddy direction. John Murphy’s widow Bridget was the licensee until the early years of this century. About the year 1905 she gave the business to a close relative of hers named John O’Brien from near Croom, who shortly after sold it to his brother Michael. In 1935 Michael O’Brien sold out to William Clery of Laurencetown. William Clery was a farmer who owned the Hill of Ardpatrick. Mr. Clery paid Michael O’Brien £950 for the property. In 1947 William Clery sold out to Patrick Higgins of Bulgaden. Patrick Higgins carried on the pub and grocery for many years. In 1958 he renovated the pub building and put a new slated roof on it. In February 1971 he sold out to John Quilty of Kildimo.” [As recounted by Joe O’Brien in Fr John Fleming’s Ardpatrick, 1978]

Mr Joseph and Tim O’Brien were avid photographers and, although much of their work has been lost, one of the surviving images dated 1965 is preserved below. Photo and text courtesy of Dave Meskill. 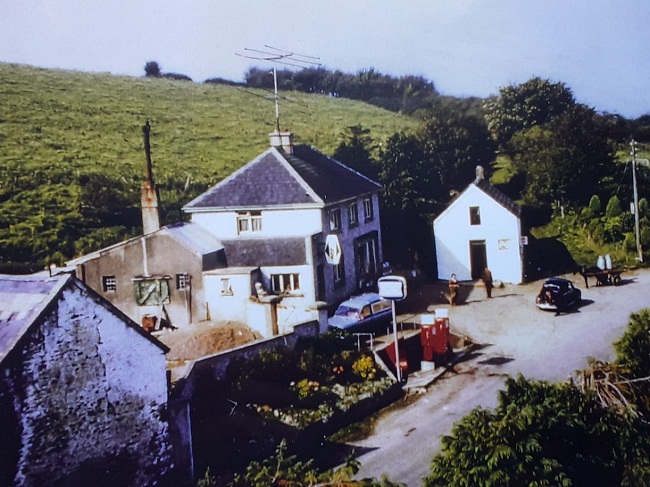 Pat and Maureen Higgins’ shop, public house and petrol station. Subsequently operated by John and Mary Quilty and now (2022), known as The Spruce and Willow. Click for full-size. Below: A cropped view of the above image shows Maureen Higgins chatting with Jim Meskill of Toor. Note Jim’s horse and car with two milk churns. The adjacent house in front of which they are standing, was demolished in the 1970s to make way for the building of the venue in which so many of the famous names of Irish and Country music played from the late 1970s to the early 2000s – The Greenwood Inn. Click for full-size. 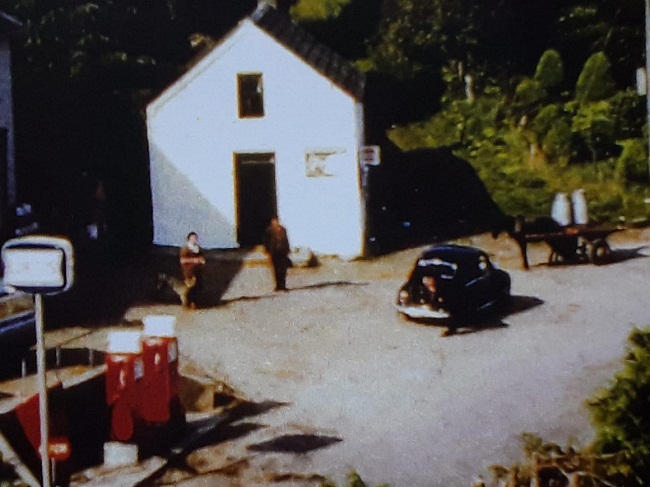