How Joyce Country got its name? 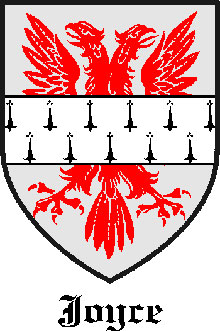 The area takes its name from an Anglo-Norman family who originally settled in southern Wales but who made their way to Ireland seeking new lands. The name derives from the French ‘Joyeuse’ (meaning joyful) and has sometimes been spelt ‘Joye’ or ‘Joys’. It is well known that the Anglo Normans eventually became as Irish as the Irish themselves and resisted English rule and law. When Cromwell tried to impose his rule and collect rent the difficulty of travelling in this area of lake and mountainous countryside made this task very difficult. Joyce Country kept its name on the map not because of its importance but because of its inaccessibility.

Joyce Country Heritage aims to showcase the wonderful history and heritage of this locality which may have been inaccessible in the past but now through the ‘Our Irish Heritage’ website reaches out to local people and the Joyce Country Diaspora.