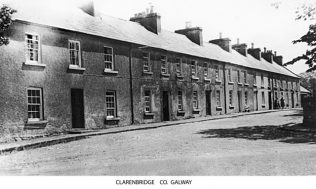 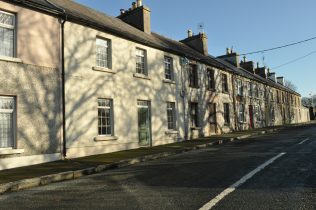 “See that house there (the third house from the left): A man called Johnny O’Connell used to live in it. He was a very nice old man. When I was young ( 6-7 yrs old) I used to go in to visit him on my way home from school.

One day he brought me in to show me something new he’d just got. It looked like a kettle. He put water in it, and plugged a wire from it into a thing in the wall. I’d never seen an electric kettle before. You know how long it would take a kettle to boil in the mornings – trying to get wet turf going.

We sat and watched and listened to the noise it made. And then the water was boiled. I went home and told my grandfather what I’d seen.

‘Arrah go on,’ he said. ‘Don’t mind listening to those old piseógs!’ “

All houses in the village at the time had electricity, but for light only. There were no electrical appliances.