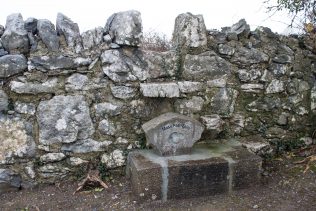 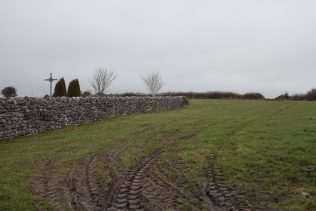 zoom
The route of the Mass Path 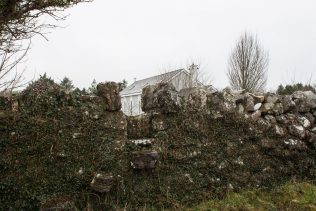 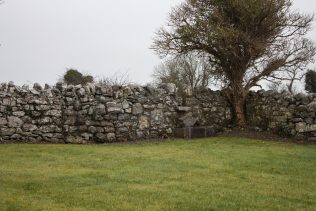 It is difficult for a young person today to imagine what it was like going to Mass 35 years ago. In those days, Mass was treated with greater reverence than it is today. It was also a great social occasion. People travelled by horse-drawn vehicles, some bicycles but the greater number travelled on foot. The crowd gathered early outside the Church. I remember going to Mass at Roveagh as a child, seeing the young men gather on the high bank to the right as you enter the Church. The old men met in groups on both sides of the Church gates. The ladies met at the Church door as they waited for it to be opened. The horses, ponies and donkeys were tied to trees on the left as you enter the Church.

Throughout rural Ireland a great number of people walked to Mass. Many of them across the fields. They travelled paths that were easily followed because the ground was worn and the stones in the stiles were made to shine by the feet of generations of Mass-goers. Those paths which are now only marked by the stiles are recognised by the State as Mass Paths. They led to most churches in rural Ireland.

You have a Mass Path from The Weir through Stradbally coming out on the road at Clarenbridge Crystal Showrooms [now Centra and Clarinbridge Pharmacy Ed.]. You have one that runs through the Forestry known as the Lughan through the hurling field. The people of Killeeneen travelled a path that kept the road south of the Killeeneen Old National School and entered the Roveagh Church Yard at a stile at the back of the Church.

The people of Killeely made the journey made the journey across the fields entering at a stile in front of the Church gate. Coldwood and Moyvilla came through the Lisduff Turlough along by the river entering the road at the Lavally Monument. The people of Brocagh, Creggananty and Lisduff came along a path from Cahills’ house that enters the road in front of what was then Tierneys’ house. Sunday after Sunday, hail, rain or snow, people made the journey, travelling in little groups. The older men travelled together discussing the happenings of the previous week and the ladies discussed their problems while the children ran on in front of them.

Some of these journeys remain forever in one’s memory. Such as seeing the flash lights moving slowly through the fields on the dark evenings of a Mission or going to 7.30 a.m. Mass on a Christmas morning as the frosty grass shone in the light of the moon at the break of day. The children thought they saw a strange light crossing the southern sky, they were told by the older members that it was Santa returning home after his great night’s work.

When you sit back and think about the great changes of the last 40 years, one wonders what the next  40 years will bring.

[This article was originally written in 1989/1990 and published in “Oyster Country: A Portrait of Clarenbridge & District in Words and Pictures”, a local magazine published to celebrate the centenary of the GAA in Clarinbridge. Ed.]