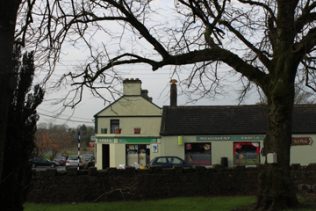 It is Christmas Eve. The lingering smells of spices, turf smoke, fresh holly declare to my senses that I am home. I have missed the flurry of activity leading up to the festive season: My mother’s intense cleaning of every room, the making of the Christmas cake and pudding; the special wish I could have asked for if I’d stirred the Christmas pudding; the gathering of ivy and holly to decorate the kitchen window and making roses from colorful crepe paper to nestle among the holly and ivy; the big food-shop laden with sugar goodies, the drop of sherry and some of the hard stuff. Decorating the kitchen with colourful paper bells and streamers giving it an Aladdin’s Cave effect had its own particular magic; the goose that had to be plucked, cleaned and stuffed ready for the oven Christmas morning; the placing of a tall white candle in every window. All the while my mother’s excitement about me, her youngest child, soon to be collected at Shannon.

I am in time for the candle lighting ceremony. The oldest member of the family lights the first candle. Then a short prayer is recited.

Since I became aware of Christmas the routine for the day has not changed except for the retreat of Santa to Christmas myth-land. Pangs of hunger as I attend early morning Mass, the thought of the big fry for breakfast keeping me alert.  After breakfast, the opening of the presents, the sitting room strewn with wrapping paper, empty boxes and multi-coloured string. The family dog prancing around adding to the chaos. Even she knows that it is a special day. The food-laden Christmas dinner table leaving everyone with over-satisfied extended tummies. Father happy and a little tipsy making his own wish for the family, raising a glass and saying, ‘Go mbeirimid beo ‘san am seo aris.’