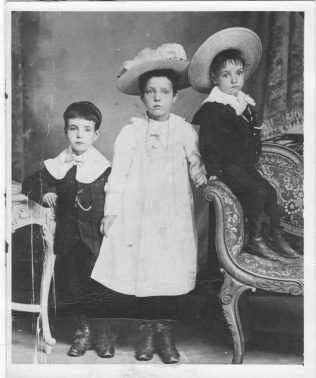 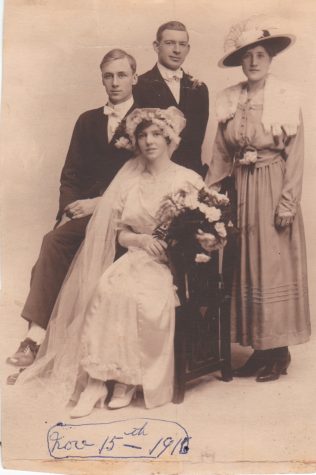 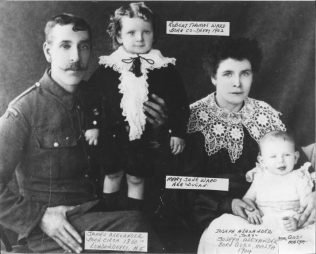 Mary and James had 3 children , my grandmother Annie –

He was a soldier with the Royal Inniskilling Fusiliers and served in the Boer War .

[ Photo is of 3 McCool/Ward children, taken in Malta around 1902

Annie Ward emigrated to Canada around 1910 , married in Winnipeg and had 4 children [ middle photo is wedding of Annie Ward and Robert John BRIDGE] Annie died age 85 , Langley, British Columbia, in 1977.