You are here: HomenextExplore our archivenextPeoplenextA miscellany of peoplenextI often wondered why I like Guinness

Now I Know Why 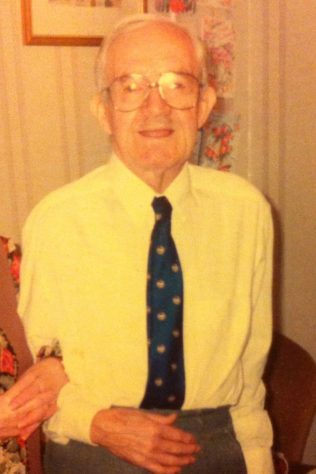 zoom
Patrick May b 1915 Sheffield, UK
Glynn May

My Grandfather, Patrick May died in 2002 after working from being 14 till he was in his 70s, he had been a brick layer all his life except for six years in the army during the second world war earning the rank of Sergeant in the Artillery. After his death i wanted to learn more about him and the May family and so sent for a copy of his birth certificate from the GRO. When the certificate arrived it gave me his Mothers name, Beatrice but where his fathers name should have been was a diagonal pen stroke and no name, intriguing i thought, now what? My father had passed away two years previous so there was no chance of asking him and the rest of the surviving relatives had very little information on the early life of my Grandfather. So, what i had now was the surname May, my Great Grandmothers name Beatrice and very little else. I can remember Beatrice or should i say my Great Grandmother very well, born in 1881 in sheffield, Yorkshire and died the year my wife and i married in 1981. She had a very deep gently growling voice, a tin of Mc Chrystals snuff every other day or and a bottle of brandy every week. Anyway, i managed to trace her back on the Census and then further research found that she had married in 1902 to a Mt Coulson and had a daughter Ruth in 1903. My Grandfather had been born in 1915 but according to the Birth Certificate had no Father. I had to assume that somewhere along the line Beatrice and Mr Coulson had parted company at some stage. The address on the Birth Certificate was in what was then one of Sheffield’s slum areas and was soon to have a compulsory purchase order on it and in the 50 were demolished.

James May from Mayo

Cutting a long story short and after many years of searching i learned that my Grandfather’s  father was an Irish man called James May, who, on the 1911 Census of England states he was born in Mayo and married to Mary. Obtaining their marriage certificate i found out that James father was called Patrick but was deceased. I have over the last year tried to find out where James came form in mayo, but i am still no wiser. I will keep you all informed as i get information. Watch this space………..