In 1863, Daniel Fitzpatrick, his wife Ellen McIntyre, and eight children left Ireland and sailed on the Ship Thornton to New York City.  Tragically, Ellen died during the voyage and was buried at sea.  Among her bereaved children was five-year-old Mary J., my great-grandmother. 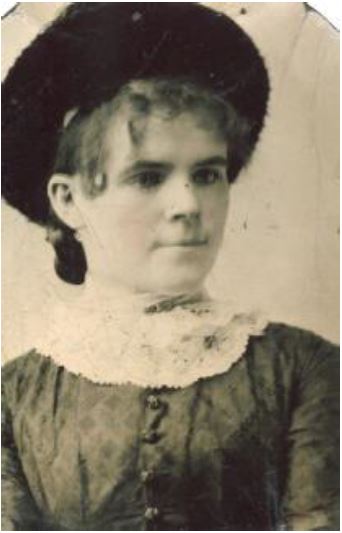 In 2013, after years of research, I finally found an 1857 baptismal record for my great-grandmother Mary J. Fitzpatrick, identifying her home place as Derryvoney (also called Deravona), Drumlane, Co. Cavan.  A year later, my husband, Tom, and I spent time driving around Derryvoney and visiting the Catholic church in Drumlane. We also explored the cemetery at Drumlane Abbey, an old monastic settlement, and discovered a cluster of Fitzpatrick graves.  We could make out “Derryvoney” on some of them and “Kilkonny” on at least one of them; the townland of Kilconny is where two of my Mary’s siblings were born.

The headstones were thick with lichen, making the inscriptions difficult or impossible to decipher. But with a lot of elbow grease, Tom was able to remove decades, if not centuries, of matter from them.

The inscriptions revealed early family relationships, most of which would seem to precede church records, censuses, and so on: