A stout fellow if ever there was one 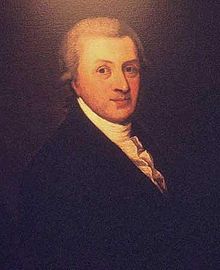 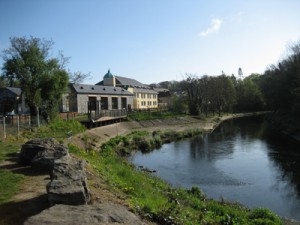 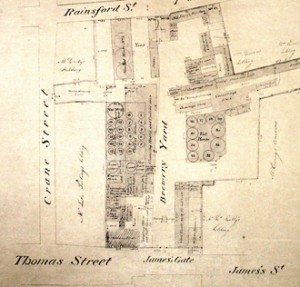 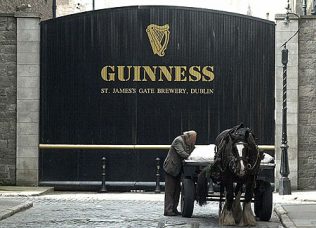 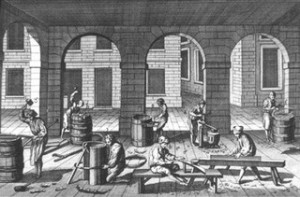 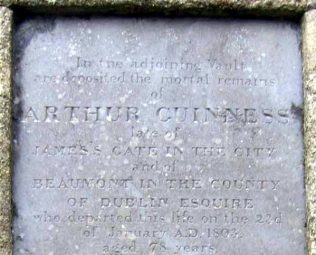 zoom
The gravestone of Arthur Guinness at Oughterard.
Findagrave.com 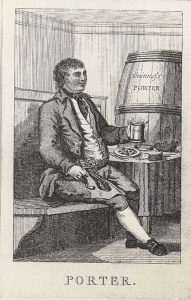 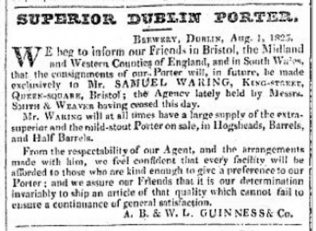 If you believe the marketing hype, there is nothing which is more central to Irish Heritage than Guinness. So, what of the man, good old Arthur Guinness, who spawned this industry which is synonymous with ‘Irishness’? For years no-one was quite sure of his date of birth, which made it awkward to have a decent bi-centennial celebration to mark the occasion. So, when it came to the 275th anniversary some Dr Spin at Guinness decided that the great day was actually … 24th September 1725. No matter that Arthur’s gravestone at Oughterard states that he was 78-years-old when he died on 23rd January 1803, indicating that he was in fact born sometime in 1724 or early 1725. A specific date is easy to commemorate, and slowly the custom of ‘Arthur’s Day’ is catching on. The first ‘Arthur’s Day’ took place on 24th September 2009, to celebrate 250 years of the Guinness Company – 250 years since Arthur signed the lease on the St. James’s Gate brewery. This year Arthur’s Day occurs on 27th September (cue much musical celebration and consumption of dark liquid). Rumour has it that in fact the timing of Arthur’s Day has more to do with the fact that it is roughly six months after St Patrick’s Day – a good and timely marketing ploy! At one minute to six o’clock (that is, at 17.59) there is a toast to commemorate the 1759 founding of the Guinness brewery empire.

Quite a bit is known about Arthur’s family, most of it contradictory! His father was Richard Guinness, and when he was a young man he moved to County Kildare and one story has it that he sold milk from a roadside stall near Celbridge, just down the road from a stall run by local farmer William Read (who sold home-brewed ale). The two became friends, no doubt in part over a drop of home-brew, but also because Read had a daughter called Catherine. Richard and Catherine decided to get married.

One other resident in Celbridge was a certain Dr Price, a man whose religious calling did not preclude him from owning a small malt-house in Celbridge (where a pub called The Mucky Duck now stands). Dr Price was busy moving up his professional ladder, ending up in 1744 as Archbishop of Cashel. His responsibilities meant that he needed a land agent – someone responsible for collecting the episcopal rents throughout the county – and Richard somehow persuaded the good Reverend to give him the job. He lived at the malt-house, the better to perform his duties which included brewing beer for workers on Dr Price’s estate.

In 1722 the Archbishop had taken over James Carberry’s malting house in Celbridge, where Richard and Elizabeth lived in the early years of their marriage. Perhaps the Archbishop was inspired by Richard’s ability to “make a brew of very palatable nature.”

Richard and Catherine had at least 5 children, of whom Arthur was one. Richard not only named the baby Arthur (in honour of the Archbishop) but inveigled him into becoming the lad’s godfather, a shrewd move as it turned out…

Dr Price died in 1752 leaving Richard Guinness, and also Arthur Guinness his godson, the sum of one hundred pounds each. Arthur was 27 years old, and suddenly he had money. He also appears to have acquired the skills necessary to brew beer commercially, probably from working at a local brewery. His mother had died in 1742, and his father remarried to Elizabeth Clare whose family owned an inn in Celbridge. This may have been called The Bear & Ragged Staff or possibly the White Hart Inn – who cares, it is now the site of a Londis supermarket, and no, it doesn’t merit a photograph!

Arthur used his inheritance in 1755 to develop a brewery at the Leixlip site, some 17 kilometres from Dublin (the site of the current Courtyard Hotel in Leixlip). The venture prospered, and after a couple of years he handed over the brewery to his younger brother Richard and headed off to the bright lights of the big city. The year was 1759 and history was about to be made.

It wasn’t an easy time in the industry – the English had imposed tax tariffs in an attempt to stop England being flooded with Irish beer. Undaunted, Arthur found a four-acre derelict brewery site in the centre of the city of Dublin, at St James Gate, and signed a 9000 year lease at a rent of £45 pa on 31st December 1759.

That month Arthur entered his signature, as a new brewer, in the Minute Book of the Dublin Brewers and Maltsters Corporation. Within eight years he had risen to become Warden and then Master of the that body. He was also one of the four brewers’ guild representatives on Dublin Corporation.

In the spring of 1761 Arthur married Olivia Whitmore. She was a 19-year-old heiress from Dublin, the daughter of a prosperous merchant family. Arthur and Olivia had 21 children, ten of whom lived to adulthood. From 1764 their country home was at Beaumont House (now Beaumont Convalescent Home). And if having 21 children doesn’t say something about the efficacy of the family product, then I don’t know what does!

The first hint of an export trade occurred around 1769 when there is a reference to six and a half barrels of ‘Dublin Ale’ being shipped to England, notwithstanding the punitive tax. By then Arthur was experimenting with porter, a drink named after the street and river porters in the City of London and who were apparently especially partial to a glass or two after a hard day’s work. Or even, instead of a hard day’s work…

Shrewdly, Arthur engaged members of the Purser family who had come over to Dublin from London, where they already had an established track record of brewing porter. Together they forged a partnership which was to dominate the brewery scene.

Surviving excise data shows that by 1778 Arthur was selling porter to England. It wasn’t always plain sailing. The records show that in 1775 Dublin Corporation tried to make him pay for his water supply notwithstanding the fact that his 9000 year lease included water rights. When the Sheriff and a group of men turned up at St James’s Gate to cut off his water source, Arthur seized a pick-axe from one of the men and began to shout ‘with very much improper language that they should not proceed.’ Unwilling to risk further ire, the sheriff and his men beat a hasty if undignified retreat…

A considerable expansion to the brewery was started in 1797 and in 1799 the family took the major step of stopping the brewing of ale, so that it could focus solely on “Guinness’s Extra Strong Porter”

In time this porter developed into ‘stout’ (meaning ‘strong’). It came about after the 1817 invention of patent malt (i.e. malted barley roasted until black). It gave the brew a distinctive burnt flavour and, in 1840, the stout was renamed “Guinness Extra Stout”

By the time Arthur died the brewery was producing some 20,000 barrels a year. Affectionately, both Arthur and his product had become known as ‘Uncle Arthur’ throughout the city. Arthur was buried in his mother’s burial plot at Oughterard, County Kildare in January 1803.

Thereafter the business expanded rapidly throughout Europe and the rest of the world, aided and abetted by distinctive advertising campaigns which are nothing if not memorable. Here is one from the end of the Eighteenth Century (possibly a little later) showing a man supping his pint of Guinness alongside a barrel of porter. And finally, a copy of a newspaper advertisement from Bristol dating from 1825 showing that Guinness was being exported to the British mainland at that time and promoting a drink which James Joyce formerly (nay, famously) feted as “The Free, the Flow, the Frothy Freshener”

For much of the history I am indebted to the Guinness site at http://www.guinness.com/en-gb/%20 and in particular to Eibhlin Roche, Guinness Archivist.

Post script: one of the reasons for this post is that my ancestor’s diary for July 1744 contains an intriguing entry, suggesting that he made a purchase of “Light Guinness”. This was just a few years after the first recorded imports of ‘Dublin Ale’. Was ‘Dublin Ale’ known as ‘Light Guinness’? If so it suggests an early familiarity with the brand name, and is one of the earliest recorded instances of Guinness being consumed  in Britain.