You are here: HomenextExplore our archivenextPeoplenextA miscellany of peoplenextA tribute to my uncle: a life in poetrynextA short history (continued) 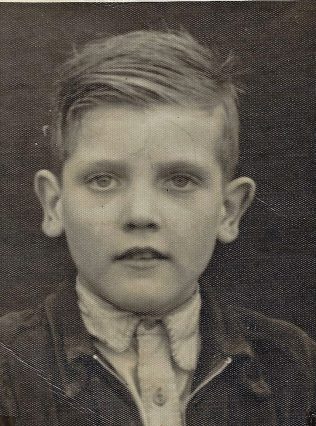 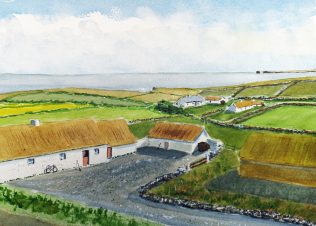 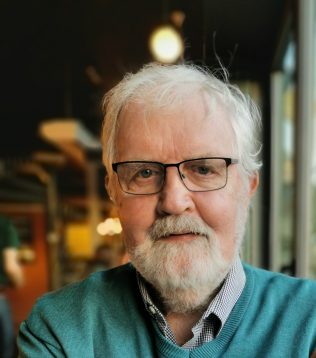 I was born in 1943 in Muingelly near Ballycastle, County Mayo. My mother was born in Muingelly and my father was born in Ardnaree, Ballina. We lived in Ballina during my first six years and I started school there. My father worked as a manager in a flax mill, but in the late 1940s the flax, used in linen manufacture in Northern Ireland, began to be imported from Europe and the flax mill was closed.

My father went to England to find work and soon afterwards became ill  with TB. The flax industry was a very unhealthy environment because of the dust and detritus produced in ‘scutching’ the flax. Shortly afterwards my mother went to England to be near him and I was then brought up by my maternal grandmother in Muingelly while my younger brother lived with my paternal grandparents in Ballina.

It took my father 7 years to return to good health during which I lived on the farm and went to school at Glenurla National School. I was lucky to be taught by Miss Swift and the Headmaster,  Ronnie Macdonell. Ronnie was interested in English, History Music and Poetry and used to produce plays in Ballycastle. He was a very good and inspiring teacher, if a little eccentric.

These seven years were very formative and left me, an indelible interest in a period in Irish history which has disappeared with the demise of subsistence farming. The forty shades of green were visible in the small fields on each side of the railway line from Dublin to Ballina until the late 1960s and have now disappeared, as the farms have become monocultural.

My father got a house from his work for British Railways and in 1956 my brother and I were reunited with our parents in Watford near London. My uncle Jack who had been a father to me during these years never married and lived on until 1990. At his funeral the priest made a perfunctory eulogy; his only comment being that my uncle hade lived the biblical allocation of four score years and ten. I was disappointed as there was no mention of the varied skills required to be a farmer. To plough with two horses, cut turf, mow hay and oats, build hayricks, make sugans, sharpen a scythe, row a curragh or thatch a house. By then he had become an anachronism because he neither drive a tractor or operate a telephone. However he had an insatiable interest in politics, and science and borrowed two books each week from the library making a completely unjudgmental choice.

I started to write poetry to try to describe some of his accomplishments.

I went on with my brother to get degrees in Engineering because of the free education up to degree level available at that time in England. I went on to become a long-haul pilot in BA with 20 years as captain on of 747s. My brother went to Australia where he was the head of safety for Nuclear Power.