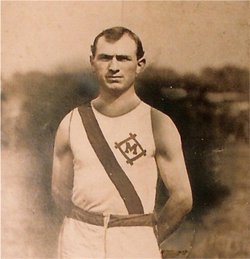 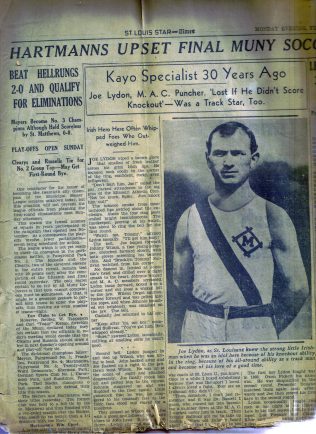 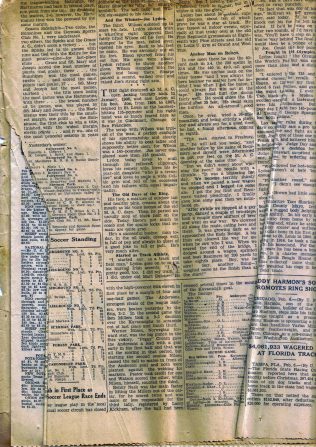 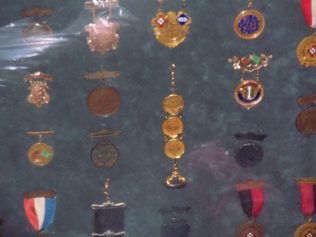 Following his arrival in the USA, Joseph P. Lydon had a distinguished career as a member of St. Louis Christian Brothers College, the Missouri Athletic club, the YMCA, 1St. Regiment of the Missiouri National Guard and was considered one of the best all round athletics in the United States.

Lydon was then a champion all round sportsman, a long distant runner, a soccer player/coach, boxer, handball expert and champion.

Lydon later became interested in dogs and was a charter member of the St. Louis Beagle club.

Joseph began his business career as a whiskey salesman.He was also Superintendent of the St. Louis Streets Board from 1901–1909.From 1918 to his death in 1937 he had his own business ‘The Joseph P. Lydon Oil Company’.

The older children were born in Kilkelly, the younger were born in Swinford, to where the family had moved and later seven of the children emigrated to settle in St. Louis USA in the 1890’s and early 1900’s. The seven were Thomas F., Joseph P., Mary Ann, Matthias, Theresa, John J., and Martin, James and Patrick remained in Ireland

OLYMPIAN DIES ST. LOUIS, Aug. 20, Joseph P. Lydon, 59, a member of the United States Olympic track and field team in 1904, was found dead at his home here late yesterday, a bullet wound in his abdomen, and a gun in his right rand. Physicians said Lydon had suffered from a stomach ailment.

My involvement with the Lydon story came from my friendship with Olympian Dave Guiney, who was the Irish Olympic Press Officer at the 1992 Barcelona Olympic Games and I was the Irish Boxing Team Manager.

Dave called me his Deputy Press Attaché, as I helped him out with most of the Irish boxing team stories, for his press duties.Dave, later wrote to me, with details of Lydons Olympic record and suggested..

I think there should have a miniature museum somewhere in County Mayo to record the counties 12 Olympic Medals- Martin Sheridan (9), J.P. Lydon (2), Jim Clarke(1).

A press story of the Mayo Olympic medals, made its was to the USA and this press report was  referred too in a letter that was found in the papers of Mary Blanche Sullivan’s mother, J.P. Lydon’s daughter. I was mentioned in the report; as a result I had contact from Mary Blanch Sullivan.