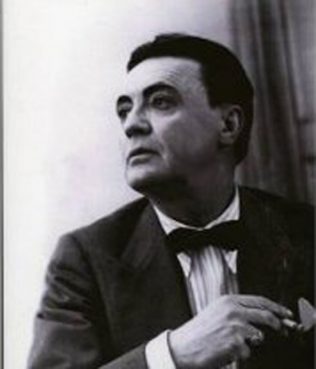 The former founded The Gate Theatre in Dublin with his partner Hilton Edwards, which presented a wide range of world drama from Ibsen’s Peer Gynt to Maura Laverty’s Tolka Row.

McMaster spent a major part of his life touring the towns and villages of Ireland performing Shakespeare with a leavening of popular melodramas such as Trilby.

Micheál Mac Liammóir acted in his touring company for a time, as did Harold Pinter, Patrick Magee and Felicity Kendal’s parents. The two actors were brothers-in-law, MacMaster having married Mac Liammóir’s sister, Marjorie.

Roy Clements became interested in drama when he acted in school plays and later when he performed in amateur theatrical groups in Derry and Belfast, appearing in Drama Festival plays in Northern Ireland. He saw Mac Liammóir in his one man show, The Importance of Being Oscar, was smitten and became a fan!