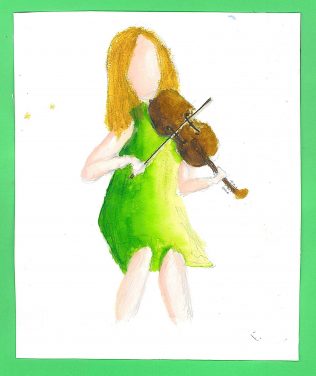 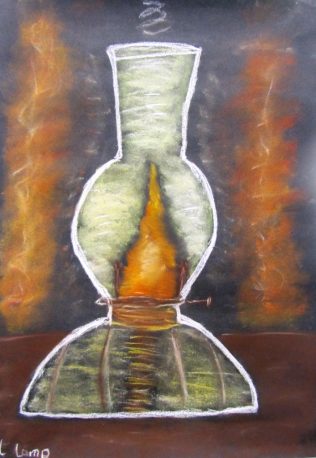 I found this violin in my grannies attic and she told me how my Mom used to play when she was young and all the stories that went with it.

UNIFIL was created by the Security Council in 1978, to confirm Israeli leaving Lebanon. To make sure this happened UNIFIL sent troops to Lebanon to insure this withdrawal was peaceful.

My Granda Pat or Patrick Molloy was born in 1937and raised on a farm in Attymass. He went to Cadet College in the Curragh when he was 19. When he became an officer he was stationed in various barracks in the Western command. His first posting over-seas was to the Congo in the 1960’s. His second posting was to Cairo in the 1970’s (where my Mum and Granma lived for 18 months). His last postings were to Lebanon where he stayed in Camp Shamrock in Tibnin. On his last trip to the Lebanon he was commanding officer of the Force Mobile Reserve (FMR) who tried to stop any trouble. After Lebanon he came back to Ireland.

My Mum was in 6th class when he went on his first trip to Lebanon. My Mum remembers being able to write to him for only 1p because she used a special stamp which was provided to encourage people to write to family members overseas. She also remembers how he was flown to Dublin airport and transported to the Barracks in Dublin. My Grandma, Mum, uncles and Aunty travelled up to Dublin to meet him. My Mum was laughing as she told me no one could recognise him because he was so tanned! She remembers arriving at the Barracks and seeing the faces of anxious friends and family waiting for Dads, sons, brothers, cousins and uncles to arrive safely home from their journey. My Mum was in second year of college when he was 60 in 1997. When I was younger I was very close to my Granddad, he was very laid back and easy ging but would panic if anything happened to us. Me and my cousinsnever called him Granddad we always called him Pat just the way he told us to. He and my Grandma would mind us in the morning as my Granddad liked to sleep in and then go for a game of golf with his friends. Pat would then mind us in the afternoon letting us run wild, watching unsuitable tv, eating too many sweets and telling us ridiculous stories. He would often take us for days out and spoil us fotten. We were all devastated when he died the day after my birthday in 2008. When he worked in the Castlebar Barracks he was Commanding Officer twice. It’s funny how he was commanding Officer and was in charge of a lot of people when he let his Grandchildren away with everything. We were all very sad to hear about the closure of Castlebar Barracks.

My granddad gave us his old oil lamp from his childhood for our ‘forgotten objects’ table at school. It was in our attic but now it is found.

I want to tell you a story, this story is about a key and my dear Grandfather, Tony Berry, who died in 2011.

The big, heavy, metal key used for the front door of my Grandfather’s second house which is about 12cm long and many times bigger than the keys nowadays. The key was given to my father shortly before my Grandfather died in November. If you were to have a big bunch of those keys in your pocket your leg would be sore from them hitting off you. It’s funny why they had such big keys in those times for locking doors when there wasn’t many robbers around and there wouldn’t be many items of value to steal.

My Grandfather got a much better start in life with that new house because when he grew up he was able to raise a family of his own there. He also farmed pigs and cattle there. To this day there are still hens roaming the grass. Back then the key wasn’t very important but 80 years later it’s part of history and to me it’s a symbol of my Grandfather.